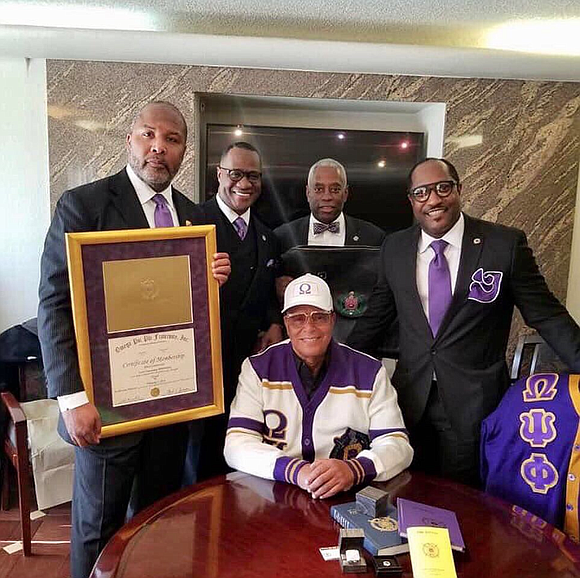 Social media lit up in early February as the official Twitter account of the Honorable Minister Louis Farrakhan showed the Nation of Islam leader wearing purple and gold and saying, “Thank you to my brothers of Omega Psi Phi Fraternity, Inc. for presenting me with an Honorary Membership. As long as we live, let’s strive for those fundamental principles that make an Omega man a man after God.”